I gave a talk at Google IO Extended 2017

At Super Dispatch, we have this event so-called "Friday Talks" where all the people gather up and one person gives a talk on a topic of his own choice. This is done in order to foster a culture of knowledge sharing and growth. As a software developer at Super Dispatch, I have regularly been giving talks at this event. The topics I talked about include:

and a few more others. This has been an awesome experience for a number of reasons. For one thing, I learned a lot of things in the process of getting prepared for the talks and filled lots of gaps in my knowledge of things I thought I knew well. For another, I overcame my fear of talking to an audience because it is much easier to give a talk to your colleagues than to complete strangers. Besides, I learned how to structure my thoughts into an organized talk.

However, I have never stood up in the stage all alone in front of all these monsters who are getting ready to eat me up a big number of people whose first thought, I think, would be: "Okay, this guy is giving a talk so he should be an expert". WHAT??? What if I screw up and make fun of myself? What if somebody records how I screw up and puts it on YouTube? Okay, I am joking here, that would have been awesome and fun to watch. But the fear was real.

However, I as read more books and articles on how to build a good career as a developer, I realized that getting yourself out there by starting a blog or giving a talk is essential to be successful in this industry. So, when it was announced that Google IO Extended was happening in Tashkent, I knew that it was my chance to get started in this speaking journey. 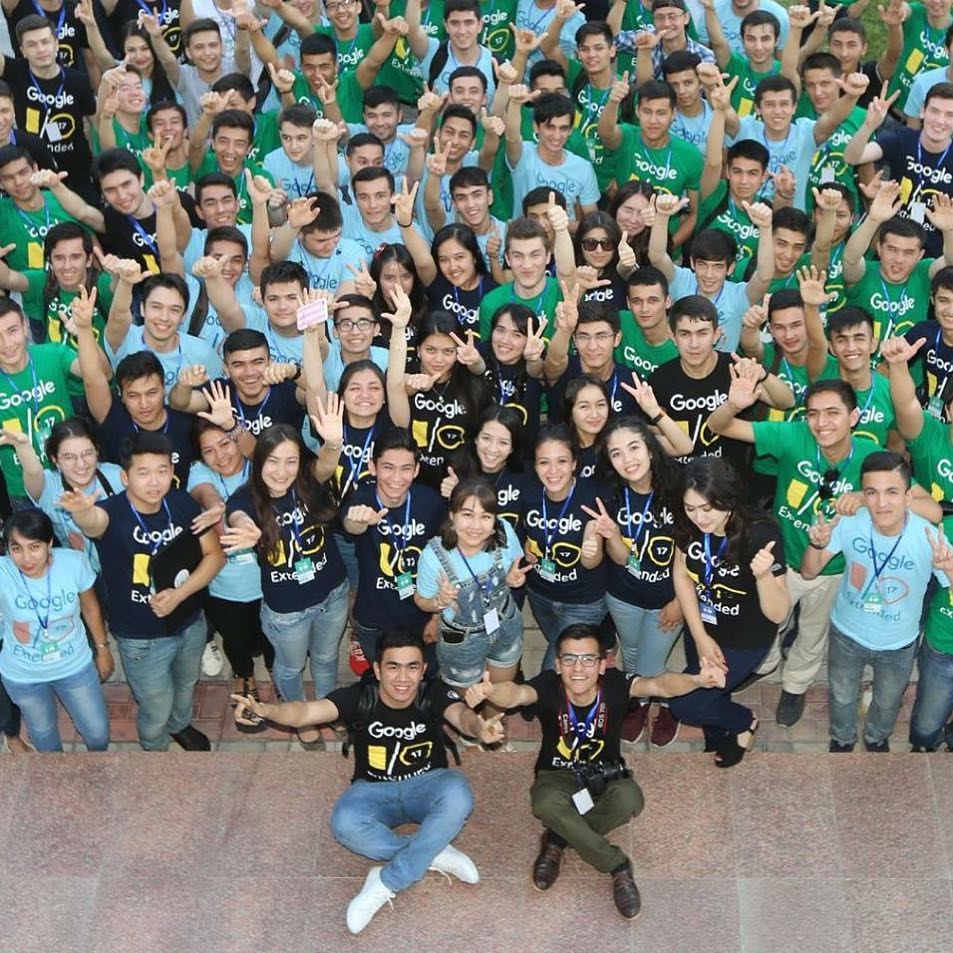 So, I went ahead and submitted a talk. And the rest is history...okay, I am joking again. No history here, just an ordinary tech even, phew

Thankfully, the organizers accepted my talk and announced it on the event page: 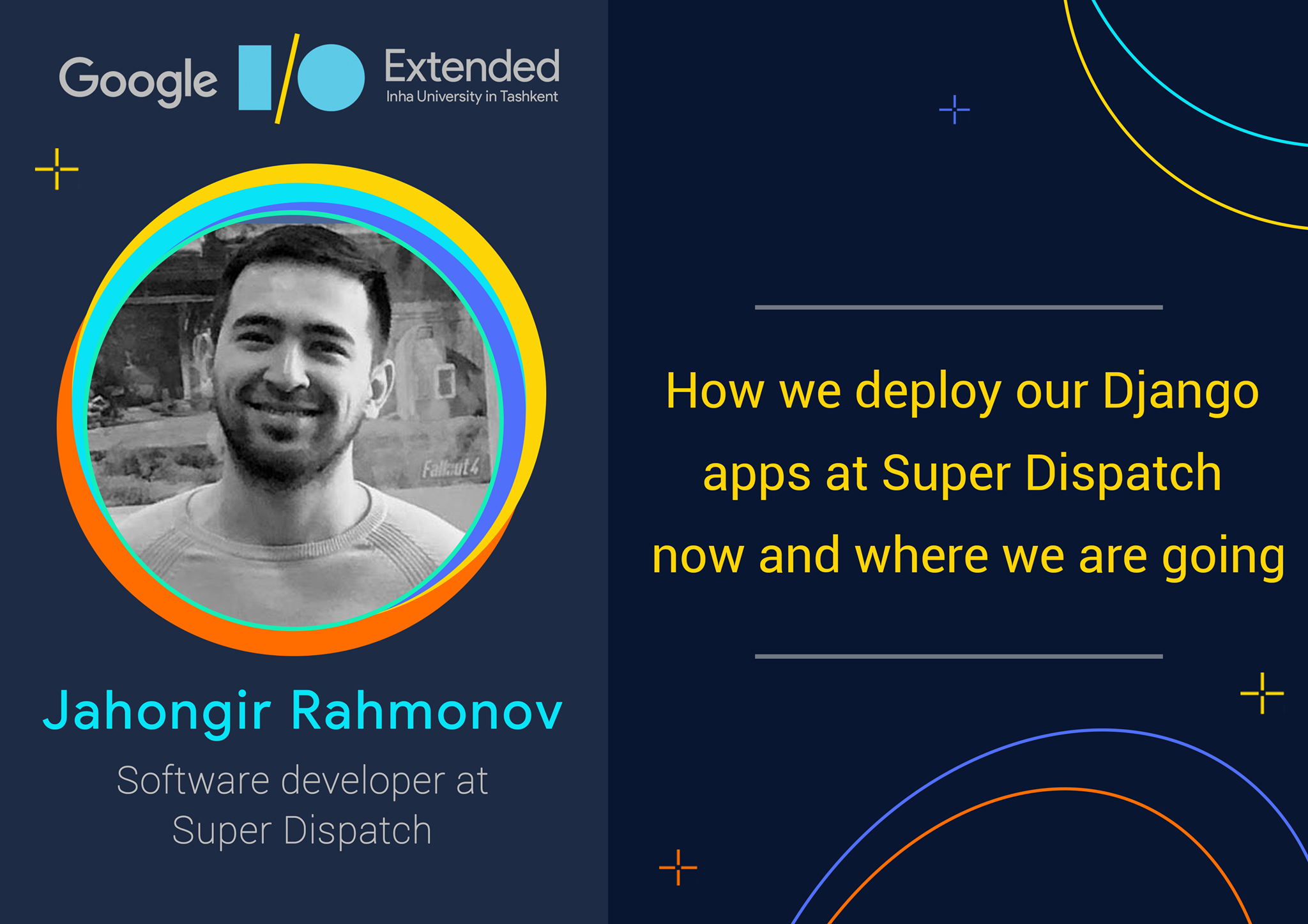 I was proud and terrified at the same time. Some of the other talks included:

So the day came and I gave my talk called "How we deploy our Django apps now and where we are going". It was split into three parts. 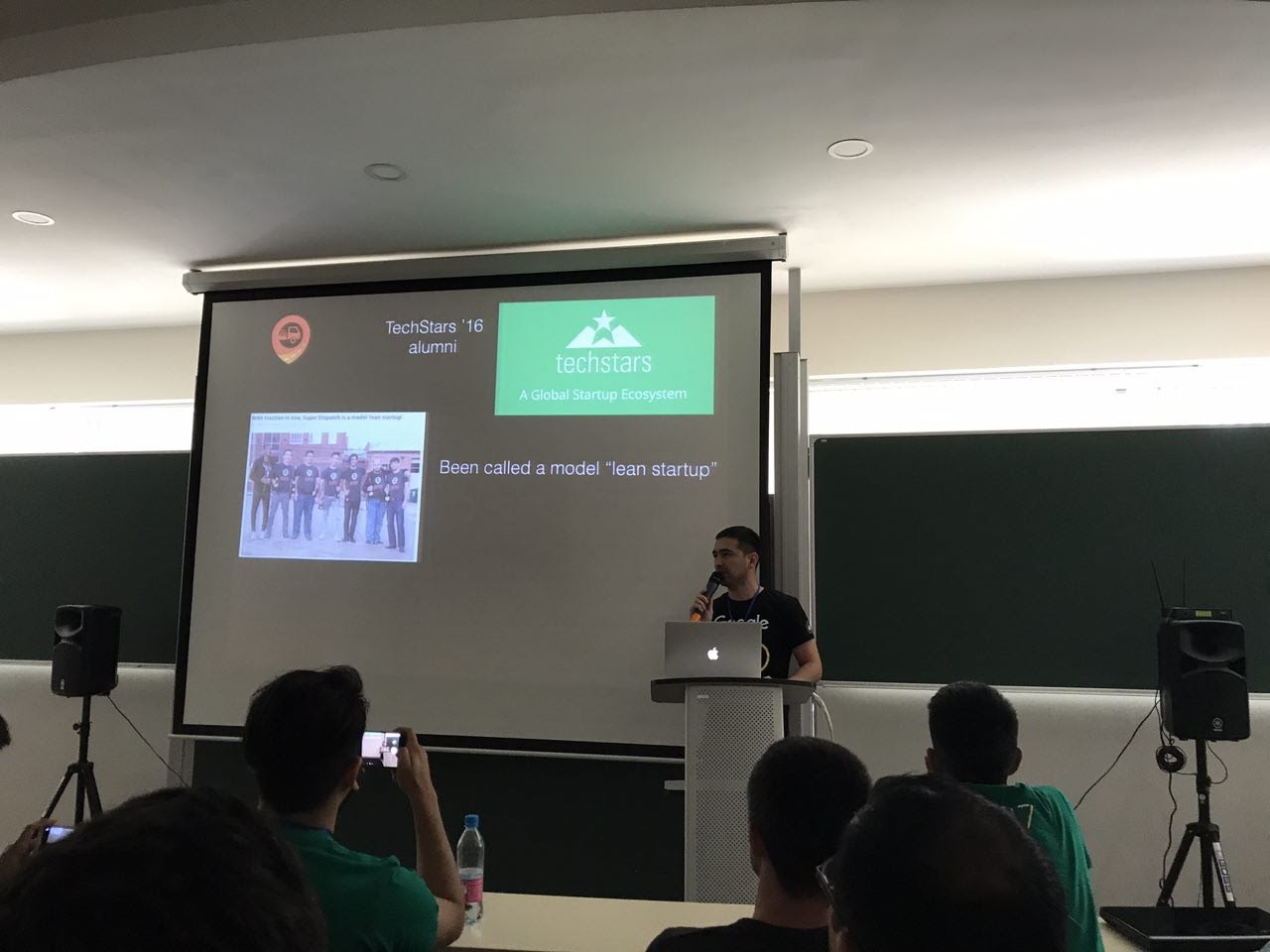 It went pretty well. At least, better than I thought it would be. The audience was great. They laughed at approximately half of my jokes. But hey, 50% is not that bad for the first time 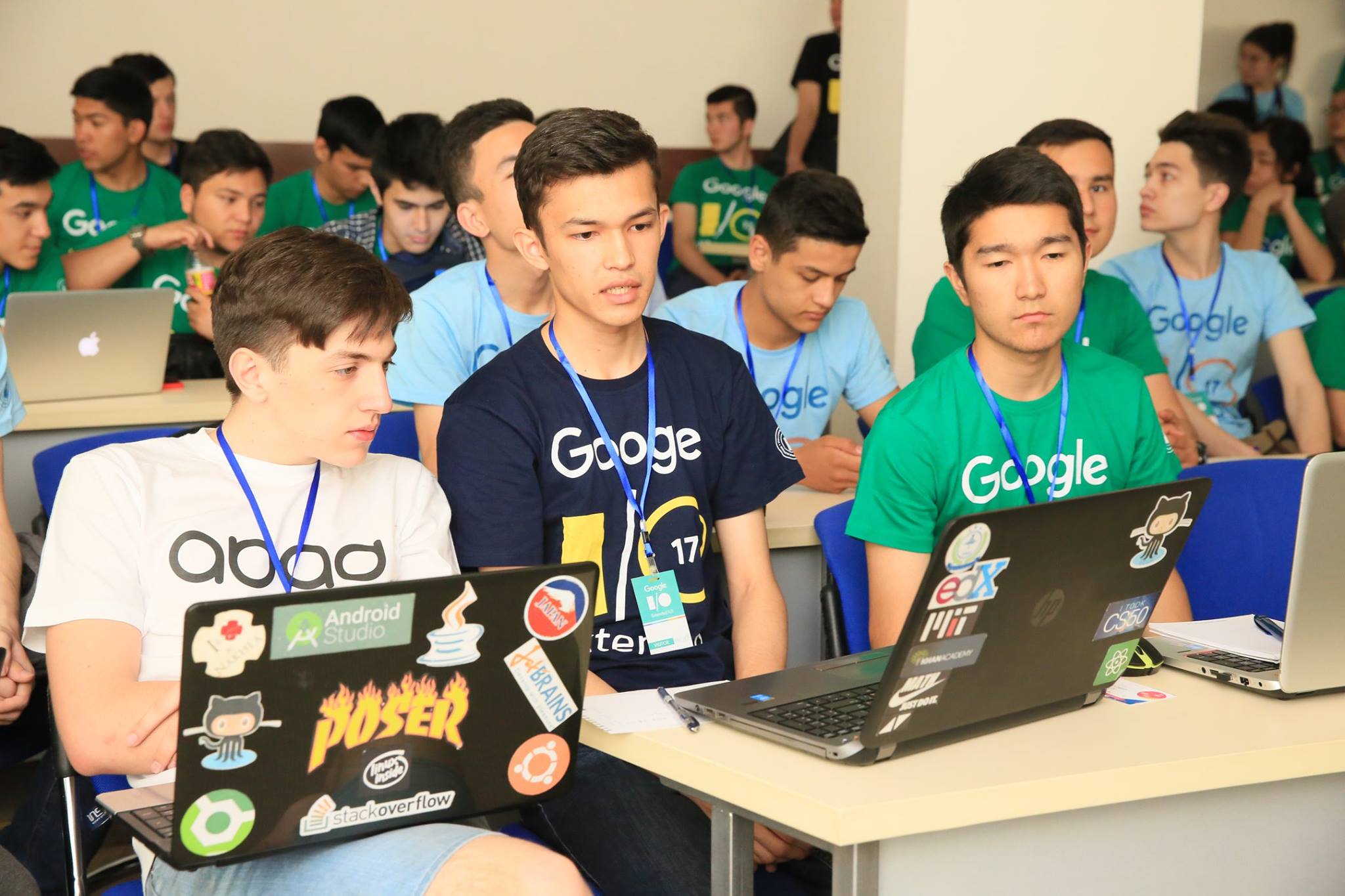 After my talk ended, several people approached me with questions and some of them got my contacts. Honestly, I felt like a super star.

I know that it is not a huge thing to accomplish but I was and still am excited about what happened. The most important thing is that I learned a ton.

I experienced what it is like to be talking to more than 10 people. I improved my presentation skills. I answered the audience's questions. I got to meet some awesome people. Some people got to meet me, the humblest person on this planet

Overall, I think that it was a step forward in my career and I will continue to grab such opportunities to speak in the future as well. Also, I recommend that you do the same, no matter what you do. Getting oneself out there is what differentiates the successful from the average.

Thanks for reading and fight on