Would you be surprised if I said that Python is not a programming language at all?

Then, let me tell you that Python is actually this guy: 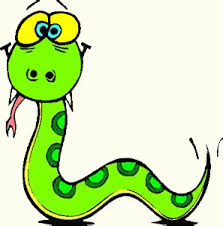 This is the actual Python

Just kidding . However, even in a programming sense Python is not a language in itself. It is an interface. It is basically a description of what a language should do and how it should do it. Don't believe me? Here is the official specification of this interface. Take if statements as an example. Here is what this document says about them:

"But what have I been using all my life then ?" I hear you ask. You have been using the default implementation of Python, which is actually called CPython. That means that by Python most people mean CPython. Read on to understand what that is.

Let's see some examples. Let's say that I have this function called example written in C:

In CPython, I can import it and call it like this:

These are called extensions. Read more about them here.

The same thing with Jython. You can import Java classes and use them inside your Python:

And the same thing with IronPython. Import .NET code and use it as you like:

I don't know about you but mixing up languages like this is fascinating to me, although I haven't had a chance to use any of them in a real project except for CPython, of course.

However, that might be not too far away. Hailed as the future of Python, PyPy has been showing great progress. Even the creator of Python, Guido van Rossum said some nice words about it:

If you want your code to run faster, you should probably just use PyPy.

Its distinctive features, apart from being fast thanks to its Just-in-Time compiler, include optimized memory usage, support for stackless which makes massive concurrency possible and most importantly its compatibility. That means that you can swap your Python implementation with PyPy without changing your codebase and you will have all those advantages that PyPy offers. You can read more about its features here.

Python is actually an interface and there are several different implementations, with the most commonly used being CPython and most promising being PyPy. Thank you for reading!